Dr. Noel Kelly is co-founder, Chairman and CEO of Kellysan. 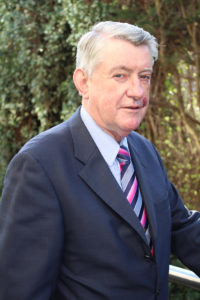 Dr. Kelly previously served as shareholder and Executive Director of Development activities at Kentz Corporation Ltd (“Kentz”), where he was responsible for sourcing new investment for Kentz in 1994 and was actively involved in the company’s flotation on the London AIM Market in 2008.

He has over 40 years experience in the engineering and construction sector operating in the Middle East, Asia, South Africa and Europe. His core strengths include the focusing on the key principles of client relationships, people development and growth in shareholder returns.

He currently serves as Chairman of the joint venture company GMC/Sierra and is also a Fund Advisor to the BDO Development Capital Fund. Dr. Kelly holds an honorary Doctorate in management from the IMCA Business School.

noel.kelly@kellysan.com
Darragh Kelly is co-founder and Financial Director of Kellysan.

He has a broad range of experience in working with small and medium size companies across all sectors having both led and been involved in numerous assignments including fundraisings, trade sales, business acquisitions and company restructurings.

Darragh is responsible for reviewing all investment proposals for Kellysan.